Honoring and remembering a hero who has served our country.

Remembering the Contributions of a Military Veteran

IN MEMORY OF WILFREDO PEREZ JR., WHO LOST HIS LIFE SERVING HIS COUNTRY.

Wilfredo Perez Jr. was born in Brooklyn, N.Y. on December 19, 1978; his family always called him "Jr.", and as a young boy, he was into everything and anything.

Jr. was selflessly devoted to his family. A kind-hearted young man, he helped take care of his great-aunt Dawn, who was wheelchair-bound, and regularly took his aunt Cathy, sick with cancer, to her doctor appointments. He also took his grandmother Herminia out shopping and to the casino. He was very close to and loved his sister Lisa Marie and would do anything for her.

His last letter from Iraq arrived the day after the family learned that he'd lost his life in the line of duty on July 26, 2003. In that letter, written crouched in a Humvee, Jr., 24, told his stepbrother Joseph, 15, that he needed "to finish school" to be able to take care of himself and "be the man."

Jr. loved New York City and called Queens his home. He lived half his life there and half in Connecticut, where he moved to live with his father and attend Nathan Hale Middle School and Norwalk High School.

He loved clothes and shopping; not only buying complete outfits for himself but also buying things for others.

He loved playing handball. He loved Six Flags and Action Park. As he got older, he loved downhill skiing, playing golf, riding his motorcycle, and working on his car.

Jr. was always involved. At 13, he marched with the Sea Cadets in the Desert Storm ticker-tape parade in New York City.

At 16, he volunteered at the Special Olympics' World Games in New Haven, Conn. He also walked in fundraisers for the American Diabetes Society and the Multiple Sclerosis Society. At 17, he was a member of Junior ROTC at Norwalk High.

After Sept. 11, 2001, at age 23, he enlisted. He was proud to wear the uniform of the U.S. Army and serve his country. The day before he shipped out to Fort Hood, Texas, he rode in the 2002 Connecticut United Ride to raise money for Fairfield County police and firemen.

Jr. joined the army in April 2002 and headed to Fort Benning, Georgia for basic training, after which he was transferred to Fort Hood, Texas for more training. He left for the Middle East in the winter of 2002, eventually being stationed in Iraq.

Jr. and two other soldiers, Sgt. Daniel K. Methvin and Spc. Jonathan P. Barnes, lost there lives in Baqubah, Iraq on July 26, 2003, while guarding a children's hospital. They were with the Army's 1/67th Armor Regiment, 4th Infantry Division.

Jr. is survived by his father, Wilfredo Perez Sr., stepmother Vicki Roos, and stepbrother Roman, all of Norwalk; and his mother, Ann Marie Eccles, sister Lisa Marie, stepsister Teila, and stepbrother Joseph, all of Queens.

Wilfredo Perez Jr. was a leader. Strong, physically and mentally, handsome, and charismatic, he had a beautiful smile and loved making people laugh. If you knew him only briefly, you would never forget him.

A college scholarship fund has been established at Norwalk High School and Brien McMahon High School in Jr.'s name and honor.

A Note From Dad 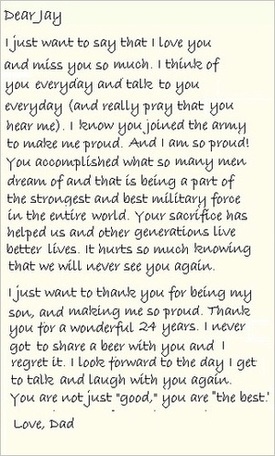 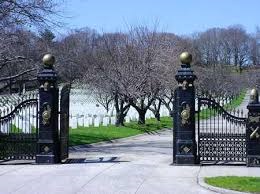 To forever honor the memory of Wilfredo Perez Jr. and bring public awareness to fallen soldiers and to all veterans who have served our country and continue to serve our country.

To raise funds to award annual scholarships at Norwalk High School and Brien McMahon High School in the name of Wilfredo Perez Jr.

To erect a memorial to honor all CT servicemen and servicewomen who have lost their lives in the Middle East.